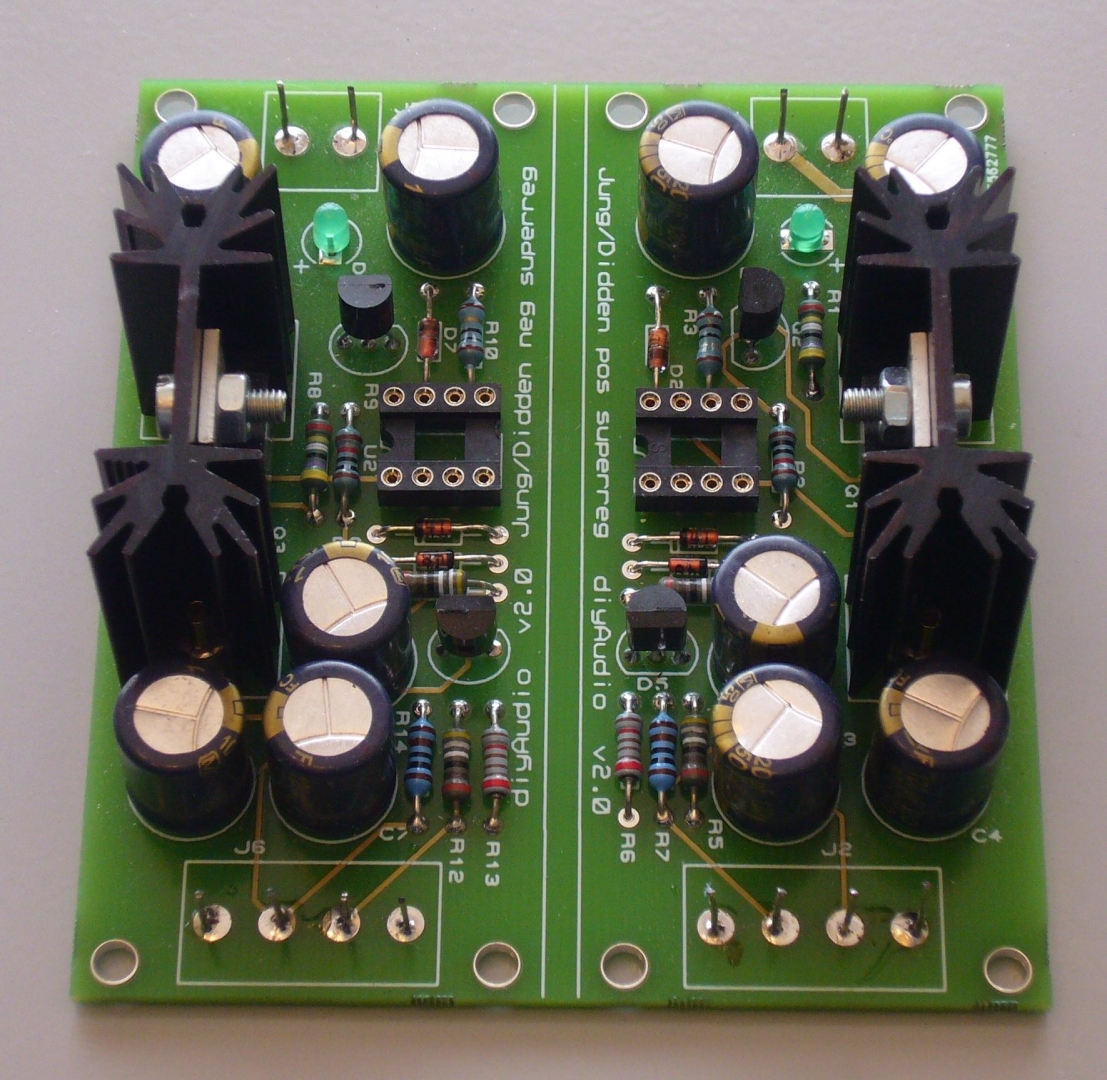 A PCB set for the positive and negative superregulator designs.

It's a recurrent issue: you want to build a preamp, a DAC, a phono stage, anything that needs a nominal supply voltage between 3.3 and 15VDC, positive and/or negative polarity. Sometimes you want several supplies to isolate stages from mutual interference via the power supply. So you want a power supply regulator that approaches an ideal DC voltage source as best as possible within reasonable cost. In your search, you inevitably run into the term 'superreg' - so where does the name come from and what is it?

The history of very high performance low-voltage regulators is well documented on Walt Jung's website (www.waltjung.org - look under Library|Regulators & References). An early design that attracted attention was Mike Sulzer's, published in 1980 and 1981 in Audio Amateur. I added something to that in 1987, and then I was invited by Walt Jung to work on a further improved version. This was published in a series of four articles in Audio Amateur in 1995 by Walt (part 1, 2) myself (part 3) and Gary Galo (part 4). To the best of my knowledge, it is to this design that the term 'superreg' refers to. Later on, Walt published some additional refinements in 2000 in AudioXpress, the successor to Audio Amateur.

There's a lot to say about these designs and although they do look relatively simple, almost all components and details are optimized in long hours of testing. The articles on Walt's' website give all the details. If you are interested in detailed measurements, see again the original articles or the recent (2012) measurements comparing many regulator designs with listening tests by Jack Walton in Linear Audio Vol 4. Links to the full article and color hires versions of the most important comparison graphs are above.

One of my contributions to the 1995 series was a compact PCB design for the positive and negative regulator that was sold by Old Colony Sound Lab for more than 10 years. When OCSL folded I received many requests for the PCB and finally I decided to redo it and update it to Walt's' 2000 article, and this article is about this PCB.

This article reviews the superreg design and gives an updated PCB design for the positive and the negative regulator. The PCBs are available from the diyaudio store. Each PCB contains one pos and one neg reg, but they are completely separate so you can cut them apart if needed. Read the full article with schematics, board layout, stuffing guides etcetera here.

Updated for version 2.3 in Jun 2015, changing the sense connections for reference and output voltage setting.